Cerebral Palsy: The Importance of Exercise

Cerebral Palsy (CP) is a broad term referring to disorders of the brain that have resulted in lack of motor control or spasticity of the muscular system. CP is the most common disability in children within Australia, with a child being born with CP every 15 hours...... 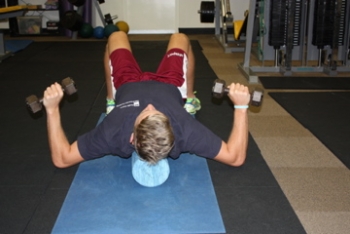 Cerebral Palsy (CP) is a broad term referring to disorders of the brain that have resulted in lack of motor control or spasticity of the muscular system. CP is the most common disability in children within Australia, with a child being born with CP every 15 hours. I first became interested in CP whilst working at Woolworths and befriending Paralympians who were training close by. I was amazed that these athletes had overcome a motor function disorder and could run 100m in 11 seconds. This led me to think about what interventions in their early life made this possible. Fortunately for many of the CP Paralympians, their cases are milder forms as the disorder can be extremely debilitating. In some of the more severe cases the child could have difficulty not only moving with control but swallowing and breathing can often be troublesome as well. From there, I researched and discovered that a combination of medications and physical therapy are the optimal prescription to improve functional capacity.

For those whose children suffer from CP there are pharmaceutical therapies available to help reduce symptoms and improve muscular control. From the age of 2 onwards Botulinum toxin type A (Botox) can be introduced as this reduces rigidity, promoting muscular control. With the addition of BoNT-A, it then significantly decreases over-activity of the musculature, physical therapy will have more feedback and increased progression as the rate limiting factor has decreased.

The focus of PT is to promote functional movements that are relevant to everyday life such as sitting, standing, walking, reaching/grabbing etc.  The main goal is to improve the quality of life for the child and the family. Physical therapy also takes into account the challenges the family has with menial tasks such as bathing, feeding and dressing as these alone can be exceptionally hard. A systematic review of physical therapy interventions by Antilla et al. 2008, explored the effectiveness of these interventions based on existing studies. Their findings however were inconclusive as majority of studies differed greatly in their mode of therapy thus cross examination was difficult.

However this is where ‘testimonials’ can be evidence enough for the benefits of exercise itself. Madelyn is 3 years old now, she was born 7 weeks premature and at 5 weeks old she contracted HSV Meningitis causing significant brain damage to the left hemisphere and right frontal lobe. At 18 months she developed autoimmune encephalitis which further regressed her condition. Ultimately these have led to the diagnosis of Quadriplegia Cerebral Palsy (GMFCS 5), Epilepsy and Global Developmental Delay.

Maddy has little to no control over her musculature previously being unable to hold trunk upright, position head or move without a mobility aid. Maddy attends physical therapy weekly. Even with the regression from EC she uses her left arm to control her right, maintain an upright position and head control so she can not only move but be interactive with her peers as well. Melissa her mother fully supports physical therapy and its benefits, ‘Early intervention is so crucial and Madelyn is the way she is now because of early intervention and a lot of hard work and dedication’.

There is however the downfall of costs for not just therapy but mobility devices and all other medical expenses such as medication, doctors and school etc. However without these Maddy would be limited in her life and the progress she has made would have been inconceivable. ‘Therapy gives you hope because the therapists often see the potential that medical professionals (doctors) don't see,’ says Melissa. This is how we practice, we focus on the small goals without losing sight of the big ones, to make each person’s quality of life as rewarding as possible; whether that be the ability to pick something up or running 100m.

For more information on cerebral palsy see their website, which also has information for volunteering and donating both of which are greatly beneficial to all those who suffer.